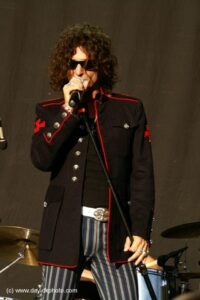 Ven is an LA native who began toying with fronting a rock band a few years before he formed Venrez with Jason Womack, in the summer of 2009. When Ven and Jason met, they made a pact to make music full time and never stop. This has now carried over 10 years with 4 released studio albums and tours with the likes of Alice Cooper, Slash, Buckcherry, Hardcore Superstar, Michael Schenker and punk legend Richie Ramone to name a few. Ven says Venrez has created a new genre he calls Epic Alt Rock. In your face, raw rock n roll music with intelligent lyrics that contain important lessons and messages, along with the killer two part harmonies between him and Jason on backing vocals. 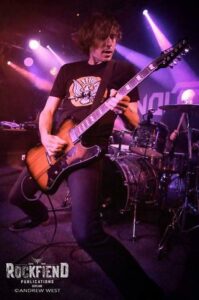 Jason Womack is the former bassist and a co-song writer for Juliette Lewis and the Lick’s and has brought his genius to Venrez from day one. Jason makes one guitar sound like 3, with a style second to none and in addition adds superb harmony as the backing vocalist for Venrez. Jason writes all the music for the band and has produced all the albums to date.

It is no coincidence that Jason has been recognized for his talent. Not only is he the second-in-command for Venrez, but he also fills in for notable bands such as Fuel in his off time. He is also a dedicated husband and father of two boys.

It is not a stretch to say that Jason is an essential member of the band. Ven and Jason are a perfect musical match, and the true heart and soul of Venrez. All eyes are on Jason, eagerly awaiting what he comes up with next. 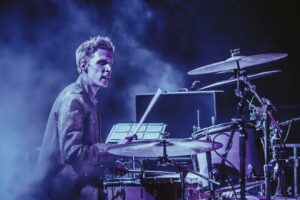 All the way from France, Victor Singer is the drummer for Venrez. This young talented drummer brings a fresh and new sound to the band. He drives the group with his unique energy behind the kit, and his powerful playing always keeps the intensity at its highest.

Seeking to master his craft at its finest, Victor studied with some of the most important drummers in the world such as Thomas Lang, Gregg Bissonette, Rod Morgenstein, etc. His musical background and his education at the Berklee College of Music made him a versatile musician who can play anything from Pop to Jazz and everything in between.

Growing up listening to bands such as Rage Against The Machine, Foo Fighters, The Red Hot Chili Peppers & Led Zeppelin, Victor’s heart truly belongs to rock- and Venrez was the perfect match for him. 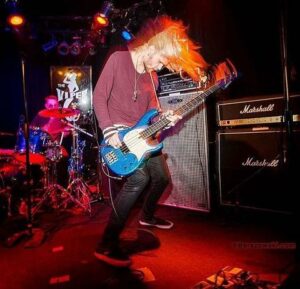 Gabe Maska is the newest addition to Venrez, coming to Los Angeles from Brazil to follow his dreams of playing music in the rock scene. Since his arrival, Gabe has made a name for himself as a bass player for the Whiskey’s house band Royal Distortion. He has also been selected multiple times to perform in the Ultimate Jam nights, which showcases the best of the best artists in Hollywood.

There is no doubt that despite him being a newbie, he fit right in the rhythm section of Venrez with his phenomenal talent. His unique groove was the missing ingredient the band has been looking for, and we are all excited to see what he’s got.

Send Newsletters to your fans from ReverbNation.com