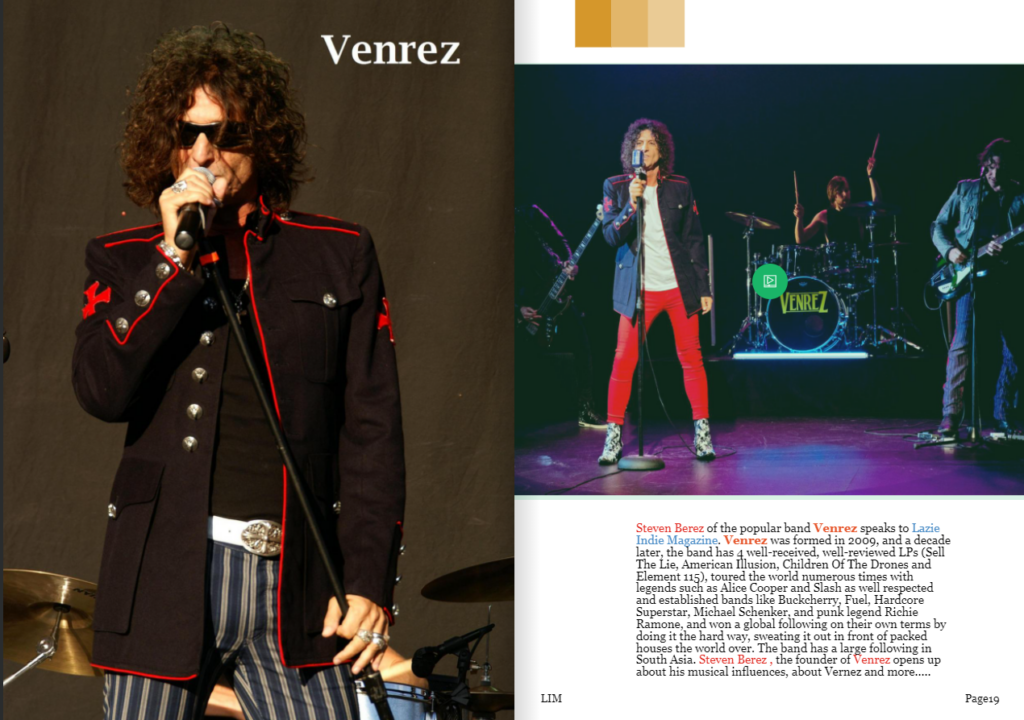 An “epic alt-rock” genre seed is planted by the diverse and talented band, Venrez.

A few years of fronting a rock band was all it took for lead vocalist Ven, to grow eager for his musical passion to reach a new level. In the summer of 2009, his urge evolved into action. He met Jason Womack, a former bassist and a co-song writer for Juliette Lewis and the Lick’s. The two went on to make a pact to pump out music together full time, and never see the end of it.

Send Newsletters to your fans from ReverbNation.com