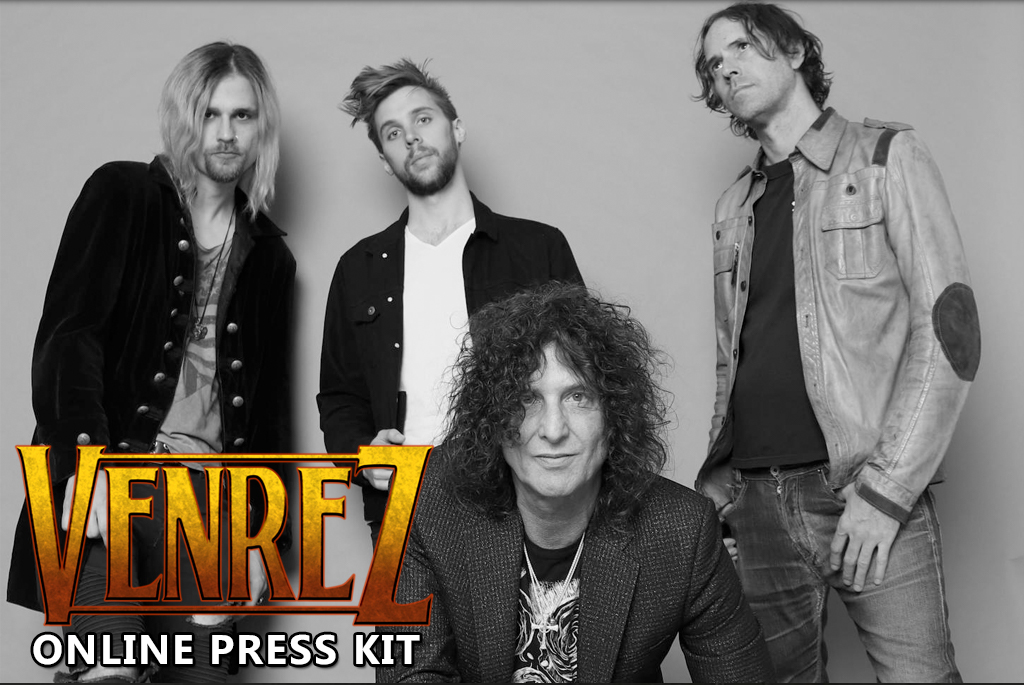 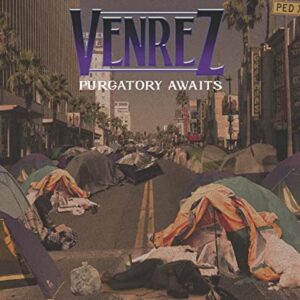 Venrez is an American rock band from Los Angeles, CA formed in 2009, comprising of Ven on lead vocals (as he is known to his friends), Jason Womack on guitar and backing vocals who has played with such acts as Fuel and Juliette Lewis and the Lick’s, Victor Singer on drums who brings a monstrous sound and Gabe Maska on bass who has become a fixture on the Sunset Strip playing many of The Sunset and Ultimate Jam shows.

The band has toured throughout the US and Europe headlining and opening for musical legends such as Alice Cooper and Slash as well as respected and established bands Buckcherry, Fuel, Hardcore Superstar, Michael Schenker, Enuff Z’Nuff, and punk legend Richie Ramone. They even played for the NFL performing as part of the Superbowl Village Show in Indianapolis, IN in 2012 for over 73,000 people.

After an absence from the music scene for a few years, due to personnel changes, intense writing/demo sessions and the world shutting down from the COVID epidemic, the band emerges stronger than ever with their new studio EP, Purgatory Awaits. Three years in the making, the release features six new songs, two of them performed by the band members and four of the songs featuring guest drummer Stephen Perkins of Jane’s Addiction and Porno for Pyros fame with one of them, “Each And Every Day”, also was mixed by Malcolm Springer (Tantric, Collective Soul, Matchbox Twenty). Ven describes the new album by stating “Simply some of the best songs Venrez has written and recorded yet. From the first single to “Each And Every Day” which takes no prisoners, to the pretty ballad Gin Fizz”.

Prior to the release of this new album, Venrez has released 4 well-received, well-reviewed LPs. The band’s debut album, Sell The Lie, introduced them to the world and established their sound, which some have likened to the best of the Seattle scene of the 1990’s. Sometimes dark and brooding, Ven’s vocals are reminiscent to those of Layne Staley of Alice in Chains or the prince of darkness himself, Ozzy Osbourne. The album’s cover featured artwork from the famed graphic artist Michael Kaluta which captured the sentiment of the album’s title track and video “Sell The Lie”, a song about corporate greed, blood for oil that takes a shot at government control and senseless killing. When talking of the album, one reviewer wrote “The album is a blend of styles and influences with a classic rock vibe that all combine into something a little old and something very new.”

Venrez’s second album American Illusion, was released in 2013. The album features its first single ‘Silver And Gold’, as well as the biting track “Intellectual Drool”. Ven wrote the lyrics for the song the day after it was announced that they had supposedly killed Bin Laden. Ven explains “With each album I kind of take my shot at my being vehemently against murder for money. That’s what going on in the world today and I think it’s deplorable.”

Children Of The Drones hit the market in April of 2015 and was supported by tours with Michael Schenker, Enuff Znuff, LA Guns, and Richie Ramone. Press embraced the album and wrote about it with quotes including: “This album will not come as a surprise on how “epic” this album and band really is”, “Bottom line, Venrez is putting out some great music, it’s haunting, refreshing and very relevant” and “Given the right exposure “Children Of The Drones” has the choruses and the hooks to sell by the bucketload”.

Mid 2018, the band released their 4th album, Element 115. It was a release that contained some new material as well as tracks from Children Of The Drones recording sessions. It was a record for the fans, released to fill a void during a time the band was not able to tour with their usual fervor. The album included the single “Silver Eyes” and a tribute song dedicated to his next-door neighbor of four years, Chris Cornell of Soundgarden, titled “One Way Ticket”. “I was in total shock and dismay when I learned of Chris passing in the early morning hours. I just sat down, and with tears flowing, wrote a tribute song to and for him”. Ultimately, the band ended up making some personnel changes, regrouping and creating the EP that is Purgatory Awaits.

It’s odd, the things that go through your mind when you review as many albums and EP’s as me.

Like, faced with “Purgatory Awaits”, my mind immediately goes to The Sopranos.

Specifically, there’s a scene where one of the characters thinks he’s died and gone to meet Beelzebub. Wracked with guilt at his crimes he seeks solace from another character, and they have this exchange.

“You didn’t go to hell. You went to purgatory, my friend.

I forgot about purgatory.”

And honestly, I can’t lie to you here, I’d by and large forgotten about Venrez to match.  I’d reviewed their 2015 record “Children Of The Drones”, and I’d been to watch them a couple of times – one opening for a Richie Ramone.

In truth, when this six tracker arrived there was a bit of “do I know these? I think I do” and searching MV’s archives, but never mind my own history lesson. Look at some of the bands they’ve toured with. Alice Cooper, Buckcherry, Enuff Z Nuff. Crikey, its like a who’s who of my favourite bands, plus Stephen Perkins of Jane’s Addiction guests here too.

So, right, cool. You put on the first track. “Show Me” and there’s a bass groove from Gabe Maska, but there’s an urgency, goodness me. This is the best thing Stone Temple Pilots never wrote. And the solo, that’s an arena shaker, and Jason Womack is clearly something of a guitar hero.

That this isn’t even the best thing here is a testament to the EP, frankly, but after the huge groove of “Evil Words”, comes “Gin Fizz”. Brother, let me tell you, “Gin Fizz” is a proper tune, a banger, the kids call them.

Guitars that Slash would be proud of. A hook, a confidence, and ….something almost imperceptible. Like everyone else that loved Screaming Trees, I’ve been listening to them a lot since Mark Lanegan’s tragic passing, and there’s the same kind of understated insouciance running through this.

Then, the damn thing thunders. “Each And Every Day” is a turbo-charged injection, but throughout it all, Ven’s voice is laid back, like the music is happening in spite of him, not because.

Plus, American arena rock doesn’t often do social conscience as well as “Cartoon On Television”. Massive, swaggering, it might be both, but it still starts with the line, “depression and abuse at all time high’s” and it explains the illusion of freedom and democracy that we live under. Whether you buy into the beliefs, like I do, or just want to listen to an original, thought provoking song, this has got you covered.

The last one “ATM Machine” has a touch of bands like Killing Joke about it, harsh, abrasive, you can sort of imagine Prong doing it, and maybe we are all consumers, ripe for being picked by the corporations. This will do as a fightback, mind you.

Back in 2015, on that review of “…..Drones” I wrote this as a conclusion: “A frequently interesting and technically superb record, you are nonetheless left wanting something just a little more from it.” That was true then, and its equally as true to say that “Purgatory Awaits” is exactly what I wanted, so sweetly delivered. A brilliant EP, and hell, I mean it.